Dr Jacqui True FASSA FAIIA is Professor of International Relations and Director of Monash University’s Centre for Gender, Peace and Security. She is also a Global Fellow, Peace Research Institute (PRIO), Oslo and received her PhD from York University, Canada, and an honorary doctorate from Lund University, Sweden in 2018. Her research is focused on the Women, Peace and Security agenda, violence against women, and the gender dimensions of foreign policy and international relations. Her book "The Political Economy of Violence Against Women" (Oxford, 2012) won the American Political Science Association’s 2012 biennial prize for the best book in human rights, among other prizes. Recently she published "Violence against Women: What Everyone Needs to Know" (Oxford, 2020). and with Sara E. Davies "The Oxford Handbook of Women, Peace and Security" (2019). In 2021 Jacqui True was recognised as a Fellow of the AIIA for her excellence in scholarship on international relations and gender, peace, and security. 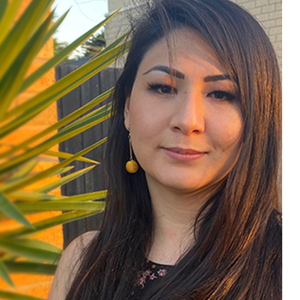 Dr Farkhondeh Akbari is a postdoctoral research fellow at Gender, Peace and Security Centre at Monash University. Her research focuses on diplomatic actors, peace settlement negotiations with non-state armed groups and women, peace and security in Afghanistan. Farkhondeh completed her PhD in diplomatic studies at the Coral Bell School of Asia Pacific Affairs at the Australian National University. Her thesis examined the required characteristics for non-state armed actors to engage meaningfully in diplomacy for the purpose of peace settlements, and looked at the cases of the Taliban in Afghanistan and the Khmer Rouge in Cambodia. Farkhondeh has work experience at the United Nations Headquarters in New York, the Afghanistan Independent Human Rights Commission and Afghanistan's Independent Directorate of Local Governance in Kabul. Farkhondeh is also an activist, using her research to advocate for human rights – especially the rights of women and girls, and vulnerable ethnic groups in Afghanistan.