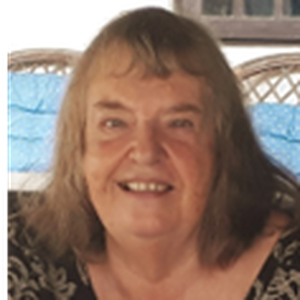 Dr Helen Hill first visited Portuguese Timor as a Monash University Masters student in Politics in February 1975. Following the Indonesian invasion, she was part of a group of Australian postgraduate students assisting Jose Ramos Horta establish the office of the Democratic Republic of Timor-Leste at the UN in New York. Following completion of her thesis on the Nationalist movement in Timor-Leste (later published as "Stirrings of Nationalism in East Timor: FRETILIN 1974-1978"), she was awarded a scholarship at the Australian National University Centre for Continuing Education where she researched Non-formal Education and Development in Fiji, New Caledonia, and the US Trust Territory of the Pacific Islands. Helen worked in the Australian aid program, for Members of Parliament and for two years conducted the Diploma Course in Youth and Development for the Commonwealth Youth Program, at the University of the South Pacific in Fiji. She has taught at Victoria University in Melbourne for 21 years, introducing a Bachelor’s degree in Asia-Pacific Community Development. She led regular study tours to Timor-Leste and was involved in founding the Timor-Leste Studies Association with Michael Leach of Swinburne University. Since retiring from VU in 2012 she has largely lived in Timor-Leste doing short term consultancies for the national university, UNTL, for the Ministry of Education, the Human Capital Development Fund and the UNDP. She is working on a book on Timor-Leste’s transition to Independence. Helen Hill was awarded the Medal of the Order of Timor from President Taur Matan Ruark in 2014 for contributions to the country, Timorese and Humanity, and served as Chair of the Australia-East Timor Association from 1999 to 2014.