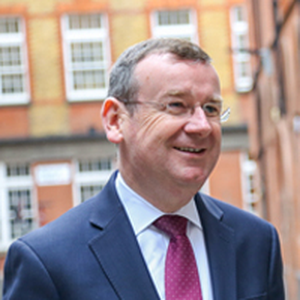 Professor Francis Campbell joined the Foreign and Commonwealth Office (FCO) as a member of Her Majesty’s Diplomatic Service in 1997. He has worked at the United Nations Security Council in New York, the European Union, and at the Foreign & Commonwealth Office (FCO) in London and on diplomatic postings overseas. From 1999-2003, he served on the staff of the then Prime Minister Tony Blair, first as a Policy Adviser in the No.10 Policy Unit, and then as a Private Secretary to the Prime Minister. He also served on secondment with Amnesty International as the Senior Director of Policy. From 2005-2011, he served as Her Majesty’s Ambassador to the Holy See. From 2011-13, he served as Deputy High Commissioner in Pakistan. From 2013-2014 he was the Head of the Policy Unit in the FCO and Director of Innovation at UK Trade and Investment. From 2014-2020, Professor Campbell served as Vice Chancellor of St. Mary’s University in London and also Professor of International Relations, while on special leave from the Foreign Office. In February 2020, Professor Campbell became the fourth Vice Chancellor of The University of Notre Dame Australia. He also holds the position of Professor, International Relations.